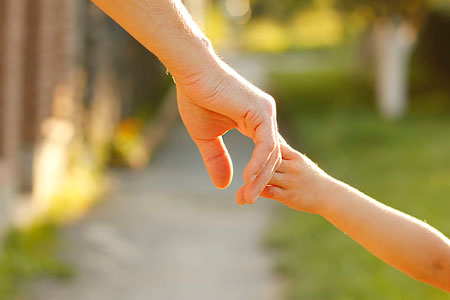 What happens when parties divorce, one of them moves with the children to a new location and wants to enforce the agreement elsewhere? The answer is found in the Uniform Child Custody Jurisdiction and Enforcement Act (UCCJEA). The UCCJEA was adopted for this reason and many others.

The stated reasons for the adoption of the UCCJEA are to:

child custody which have in the past resulted in the shifting of children from state to state with harmful effects on their well-being.

(2) Promote cooperation with the courts of other states to the end that a custody decree is rendered in the state that can best decide the case in the interest of the child.

(3) Discourage the use of the interstate system for continuing controversies over child custody.

(5) Avoid re-litigating the custody decisions of other states in this state.

(6) Facilitate the enforcement of custody decrees of other states.

(7) Promote and expand the exchange of information and other forms of mutual assistance between the courts of this state and those of other states concerned with the same child.

(8) Make uniform the law with respect to the subject of this part among the states enacting it.

All courts have temporary emergency jurisdiction if a child within their state has been abandoned or has been subject to abuse. If there are two courts that are exercising jurisdiction for example in the case of a parent taking a child into another state and then claiming the left behind parent was abusing the child, then the two courts in each of the jurisdictions communicate and determine which court should make the determination.